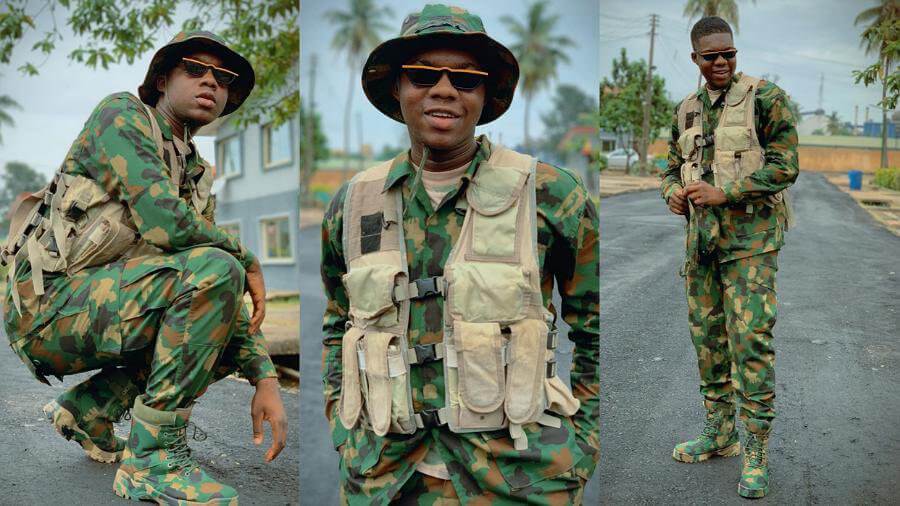 Naval spokesperson, Commodore Suleman Dahun, confirmed the development to The Punch on Friday.

Dahun said Ahmad knowingly violated the armed forces’ social media policy and was given a punishment after he was tried for misconduct and indiscipline.

Recall that Cute Abiola, a Naval officer, was declared missing on the 15th of November, 2021 in a twitter post by his fellow skit maker, Mr. Macaroni.

Few days after the alarm was raised, the navy high command debunked the news, clarifying that the comedian was detained for contravening military laws by posting a video of himself in military uniform on social media, an act which is said to be in violation of the armed forces’ social media policy.

The navy also accused the Instagram sensation of failing to show up when called upon to explain himself which led to his detention at the expiration of his leave on November 15, 2021.

Prior to his release, Mr. Macaroni had on Thursday made another post on the prolonged detention of the Naval officer.

“A lot of people have been asking me about Cute Abiola. I don’t have much information as only his Wife and Mother are allowed to see him. And I do not want to speak much on the matter so that my statement isn’t taken in bad faith. But last I checked he is still in custody,

“His wife told me personally that she and his mom are granted access to see him. The Nigerian Navy has said that he is in custody for breaching some codes and refusing to obey order. As a military officer, he is answerable to their command and under their jurisdiction.

“This isn’t a new thing in the Military. But as a public figure, Cute Abiola has millions of followers worldwide hence the reason for the consistent concern from his fans and friends. We can only continue to send our best wishes to him,” he wrote.

No Protester Should Die In Lagos, Mr Macaroni Tells Sanwo-Olu

Mr Macaroni, 35 Others Arrested As Police Crack Down On #OccupyLekkiTollGate…